The true value behind the Oracle/TikTok deal

Mergers and acquisitions by analyzing the Oracle TikTok deal. Why Microsoft has lost a geopolitical battle to o strengthen its ecosystem? 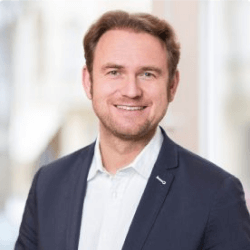 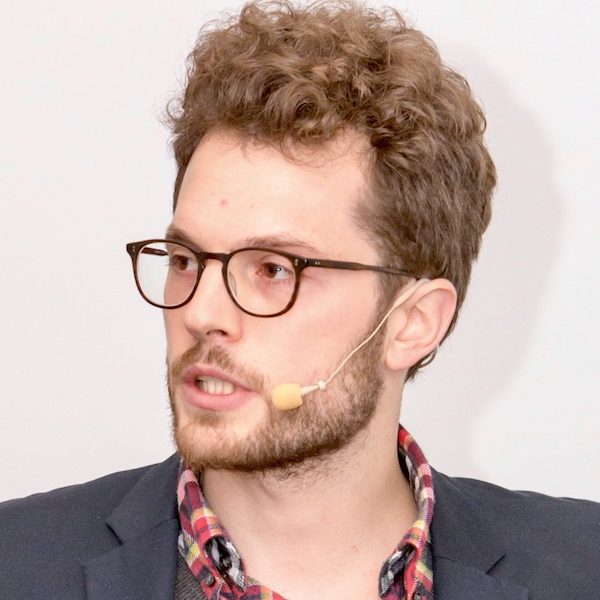 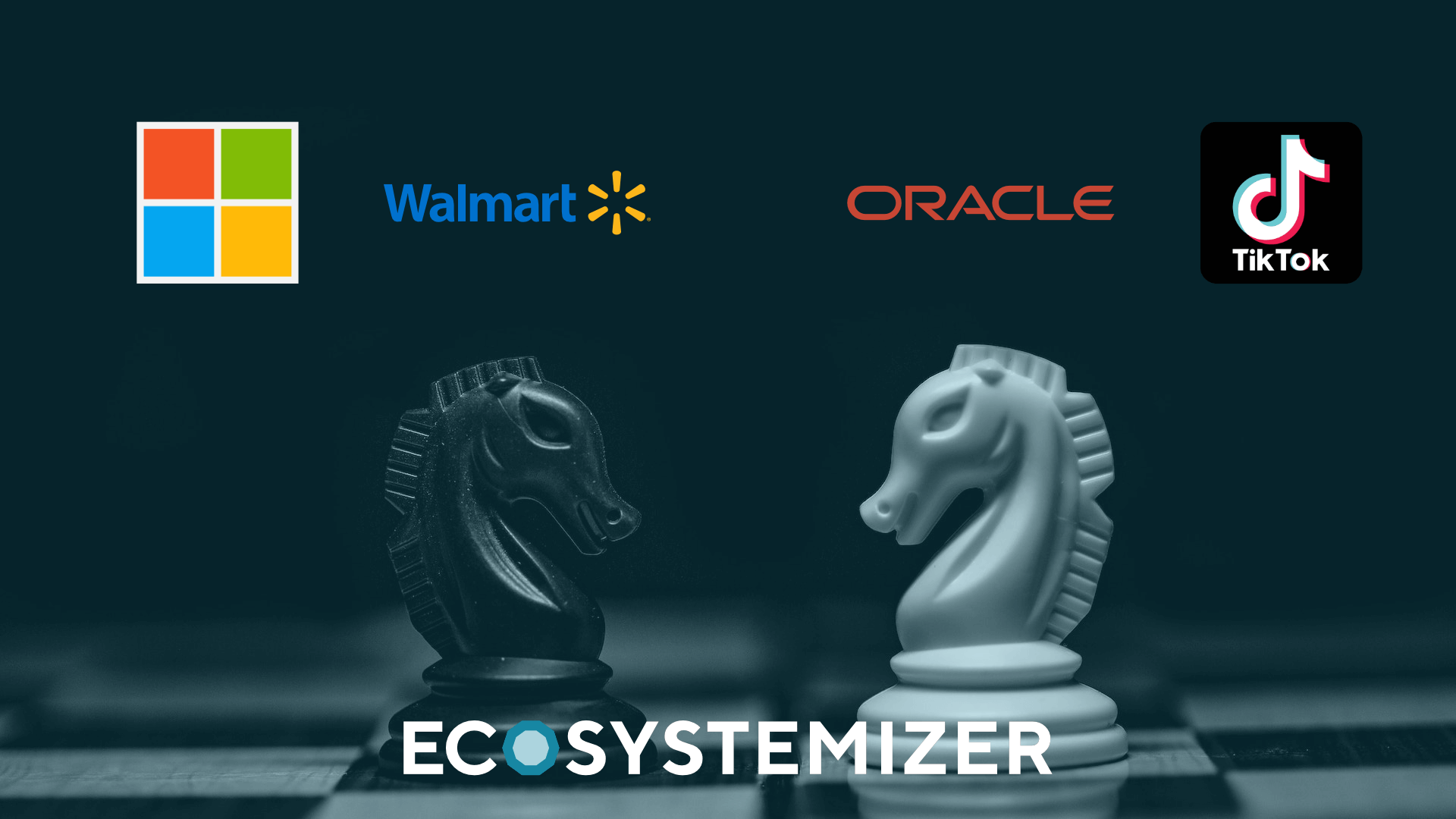 This article follows last week’s blog post on the Salesforce/Slack merger. Today we want to look deeper into ecosystem mergers and acquisitions analyzing the Oracle/TikTok deal and explain why Microsoft has lost a geopolitical battle to strengthen its ecosystem.

In the beginning of August 2020, one of the biggest potential mergers made the headlines: Microsoft wants to acquire TikTok from parent company ByteDance. This was fueled by the executive order of US President Donald Trump to ban the Chinese social networking giant by mid-September if no American company buys it before. Google parent Alphabet together with Softbank and Walmart also had plans to get a stake as part of a coalition that later came unraveled. Then, Oracle set foot on the battleground of potential buyers, while Walmart regrouped to join Microsoft with $30-40 billion on the table.

On September 13th, ByteDance turned down Microsoft and Oracle won the deal. China revised its export rules at the end of August 2020 to restrict the transfer or sale of AI technologies. This made the deal for Microsoft not possible as it went for a full sale of all assets. Oracle suggested a technology partnership instead that circumnavigates these restrictions and may place the AI algorithms off limits. Walmart continued talks with ByteDance with success. Under the current terms, Oracle and Walmart will jointly hold 20% of a new American TikTok.

Once the deal goes through, Oracle will benefit from this deal greatly with or without owning AI technology assets. While it may be boosting its cloud services hosting TikTok’s data the true value lies somewhere else: advancing its future ecosystem position. This is true for Walmart, too.

We want to shed light on the ecosystem battle for TikTok and explain why it is so attractive and valuable for the US companies and a strategic asset for both world powers, the US and China. After all, TikTok is only four years old and still has a business model in its infancy.

Ecosystem position of TikTok and its potential buyers

To understand the dynamics at play, we need to understand the value propositions and core assets of all involved companies from an Ecosystem-to-Human (E2H) perspective. We will have a look at the positioning of each company with our Ecosystem Strategy Map which structures ecosystems in ten life areas based on human needs.

TikTok is a video-sharing social networking service that was released in 2016 by the Chinese company ByteDance. It has attracted more than 1 billion users worldwide within the last four years (excluding the Chinese part “Douyin”). In the US alone there are 100 million monthly active users.

Two factors set it apart from other social media apps: First, its very young user demographic, as 41% of its users are between the ages of 16 and 24. Second, the recommendation engine that is matching viewers with relevant content. This proprietary algorithm is one of the world’s most advanced AI technologies and is a key success factor.

With its offering of sharing videos, TikTok mainly taps into the Life Areas Entertainment and Socialize, but also touches Education, Spirituality, and Consumption.

Given all this, it occupies a very strong Orchestrator role with huge amounts of data on human needs which it currently can process better than any other social media company thanks to AI.

Microsoft - The leader in work software

Microsoft is one of the five GAFAM companies and a market cap of more than one trillion USD making it one of the most valued companies globally. Windows is still the dominant operating-system family on personal computers with around 88% usage share. Across all devices (mobile, desktop, and tablet), it is used on 36% of devices globally.

Microsoft has a strong position in the Life Area Work making work more efficient (e.g., cloud services and office solutions). As Enabler the majority of its revenue is coming from B2B offerings. In addition, it has offers in other Life Areas, e.g., Xbox in Life Area Entertainment.

Due to its strong business focus, the positioning as an Orchestrator close to the human/final customer in non-business-related contexts is weak.

Founded in 1962, Walmart has become a retail empire with more than 11,000 hypermarkets, discount department stores, and grocery stores in 27 countries. In 2019, it was the world's largest company by revenue, with 514 billion USD.

Walmart has a strong Orchestrator positioning with its retail stores and online shops in almost all Life Areas. In addition, the retailer is also a Realizer selling its own products in many Life Areas. Out of this position, Walmart creates big amounts of data that allow the company to optimize processes by predicting final customer behavior.

In 2019 Oracle was the second-largest software company by revenue and market capitalization. It sells database software, cloud solutions, and enterprise software. In recent years it has focused more and more on marketing automation where it ranks third behind HubSpot and Adobe Marketing Cloud when it comes to market share.

Similar to Microsoft, Oracle has a strong position as an Enabler in the Life Area Work with B2B offerings that make work more efficient. On the contrary, however, Oracle doesn’t have any direct access to the human/final customer neither as a Realizer nor as an Orchestrator.

We distinguish three types of value that the three US companies were looking to acquire. Especially points 1, and 3, are of national interest and underline the undergoing technology war between China and the US.

Looking at the current positioning of Oracle, TikTok offers a strategic asset that they are lacking so far: Broad and direct access to the final customer/human. Especially in comparison to Microsoft it is making ground. Walmart has already established relationships with final customers and is processing their data at scale. However, it could supercharge its position in e-commerce and online advertising competing with the Amazon ecosystem. Especially in the Life Area Socialize TikTok gives access to a large audience. This makes the ecosystem very attractive for other partners who want to join in order to sell their goods and services. Even if the AI technology will remain in China's hands.

2, Short- to mid-term returns through monetization

TikTok is still - and almost unbelievably - in its infancy. Users can make in-app purchases, but growth is still of higher priority than revenue. Merging the business experience and capabilities of the US companies with TikTok has a high potential to yield big future returns. For Oracle, it starts with hosting big amounts of TikTok data on their cloud servers. Another example: ads are not yet part of TikTok. Especially when comparing it to YouTube, Facebook, and Instagram where ads are the main source of revenue. TikTok could also go one step further by pursuing an eCommerce ecosystem strategy which might be particularly interesting for Walmart. In this case, it could not only advertise but also offer its own product lines together with big influencers and tie bonds with content creators in strong areas like fashion or cosmetics.

Both companies, Oracle and Walmart, can extend their ecosystem portfolio and gain a more holistic positioning in the life of humans as a strong Orchestrator. Today’s TikTok users are tomorrow‘s Walmart and Oracle customers. Their data feeds a data-driven, human-centric innovation loop for future products and gives them an edge over their competitors. Particularly, since TikTok’s success in the West has already proven that data-driven AI technology has the power to transcend cultural differences and market borders. This mighty capability strengthens an ecosystem and makes it highly attractive for final customers, as well as, for other companies to become a part of it.

The story of TikTok is a prime example to illustrate the dynamics of the ecosystem era. In 2016, when Microsoft acquired LinkedIn it paid $250 per active user. Now, it was willing to pay up to $400 per active United States TikTok user. Within four years the willingness to pay for access to the life of humans and their data has increased by more than 50%. This shows that the ability to predict behavior and to create future products with data-driven AI technology is more valuable than ever. Indeed, it is of such strategic importance that the fight was not only between potential buyers. It was even raised to a geopolitical stage where world powers battle for future sovereignty in a world of ecosystems.

Oracle has been out-muscled by larger players in the past. However, it now has the opportunity to close the gap and use the newly acquired direct access to final customers and their data to grow its ecosystem with offerings people want. While Microsoft has missed the chance to add a keystone piece to advance its own ecosystem, Walmart can catch up closer to Amazon in the future.

With the Ecosystem-to-Human (E2H) paradigm shift taking place, ecosystem dynamics will not always be the scale and size of the TikTok acquisition. However, companies that won’t be part of an ecosystem will pale in comparison to those who are part of one. In the ecosystem era, data(-processing) assets and a strong ecosystem positioning will create dominant value propositions that trump.

To learn more, read our other blog posts. If you want to stay up to date, please sign up for our newsletter. You can also use our tools for free for your company.

If you are interested in ecosystem education learn more about our Masterclass here.

The 10 Life Areas of the Ecosystem Strategy Map

The 3 Roles of the Ecosystem Strategy Map

A summary of the Insurance Forums Leipzig Digital Workshop 2020

Our book and the Ecosystem Expert Area

The 4 strategic directions of ecosystems

Understand yourself as an ecosystem, not "egosystem"

How we help companies to navigate to ecosystems

The true value behind the Oracle/TikTok deal

2020 in retrospect: Our highlights

First episode of "Voices of Ecosystems"

The untapped potential of ecosystems in health care

The ecosystem era has just begun

2021 in Retrospect: Our Highlights

First episode in 2022 with COO at wefox, Dr. David Stachon

Discover how startups are benefiting from ecosystems

The next step toward success

Find the right ecosystem areas for your business

The Advantage of the Ecosystem Innovation Flywheel

Example of an Ecosystem use case with the CSO at Arvato Financial Solutions, Teresa Schlichting

Ecosystems in the construction technology with Matthew Carli

Ecosystems in a Sports Equipment Company - Case Study Under Armour

Get in touch with us

Learn how we can help you evolve in ecosystems.